Kitab at-Tawheed, written by renowned 12th century (Hijri) scholar Muhammad ibn Abdul- Wahhab is an explanation of the Islamic concept of Tawheed (monotheism). The most important subject for a Muslim to comprehend is Allah’s monotheism and the full implications of that belief, as without that, no act of worship or good deed is accepted by Allah, nor rewarded in the hereafter. Sameh Strauch has rendered one of the finest books on this subject into English, and he provides explanations of every major point.

“There is no god but Allah.” This fundamental Islamic statement of faith sums up the concept of tawheed, or perfect monotheism. That there is one and only one God is the basis of all monotheistic religion. Yet, despite the simplicity of this belief, many people who claim to believe in one divine Creator have fallen into errors which negate their testimony of faith. Shaykh Muhammad ibn ‘Abd al-Wahhâb, the great Muslim scholar and reformer of the 12th century H (18th century CE), was inspired to write Kitâb at-Tawheed because he saw Muslims who had corrupted their beliefs and actions by that which contradicted the pure monotheistic position of Islam. He witnessed the religious veneration of historical sites and graves, supplications made for the intercession of deceased saints, belief in omens, distortions of the meanings of Allah’s names and attributes, and the use of expressions which contradict the belief in Allah’s Oneness. In an effort to purify Islam from this falsehood, the esteemed Shaykh collected proofs from the Noble Qur’an and the teaching of Allah’s Messenger (peace and blessing be upon him) to explain all aspects of true monotheism. However, this book was not intended for the average person, but for the student of knowledge; therefore, it is not easily understood by those without the requisite learning. For this reason, although the text of this book has been available in translation for some years, the translator and compiler, Sameh Strauch felt it important to provide an explanation for this estimable book, gleaned from the authoritative Arabic works of Muslim scholars. Sameh Strauch has rendered Shaykh ‘Abd al-Wahhâb’s famous text into an English translation that is unique in its clarity. Each bit of textual evidence is followed immediately by an explanation of its points of benefit. Where needed for additional clarification, Strauch adds information from recognized Arabic commentaries on Kitâb at-Tawheed, making this book an invaluable guide to understanding the fundamental Islamic creed.

Be the first to review “Kitab at-Tawheed – Explained” Cancel reply 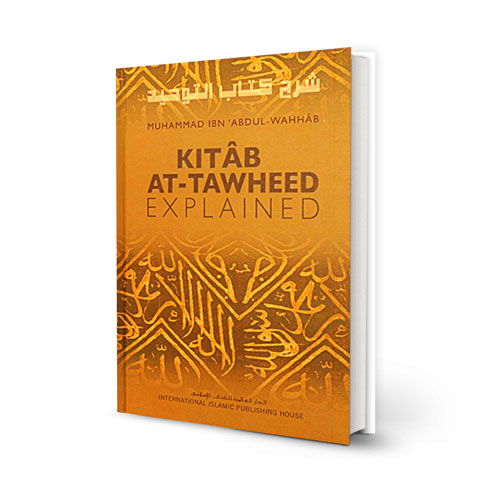