Stories of the Prophets

Stories of the Prophets is one of the most comprehensive works of the highly acclaimed scholar, Ibn Katheer (Ibn Kathir). This authentic Islamic book on history details the lives of those prophets who are mentioned in the Qur’an (Quran). Whether you are a student learning more about the prophets, a researcher looking for authentic references, or simply an individual looking for a light read, this Islamic book by renowned expert on hadith and historian Ibn Kathir is for you.

Believing in all the Messengers and prophets of Allah is one of the pillars of faith in Islam. Denying any of them is a form of disbelief which if not repented leads to the hell-fire. Similarly, exaggerating about any of them beyond the honourable status that Allah, the Almighty, has given them, as the followers of many faiths do, is also wrong. {The Messenger [Muhammad] believes in what has been revealed to him from his Lord, as do the believers. Each one [of them] believes in Allah, His Angels, His books, and His Messengers. We make no distinction between any of His Messengers. And they say: We hear and we obey. [We seek] Your forgiveness, our Lord, and to You is the [final] destination.} (Qur’an 12: 3) {So relate the stories that perhaps they will give thought.} (Qur’an 7: 176) The renowned commentator on the Qur’an, expert in Hadith, and historian, Ismâ‘eel ibn Katheer has compiled the Stories of the Prophets from the Qur’an and the narrations of the Prophet (blessings and peace be upon him) that have been authentically reported. The book is unique in its content, dealing with the important events of the prophets and Messengers with all authenticity right from Adam, the first prophet, to Jesus, peace be upon them all. As for Prophet Muhammad, the author has written a separate book about his biography. Ibn Katheer’s Stories of the Prophets has been translated here by Husain Maqbool. This is the revised second edition.

Be the first to review “Stories of the Prophets” Cancel reply

TOC - Stories of the Prophets 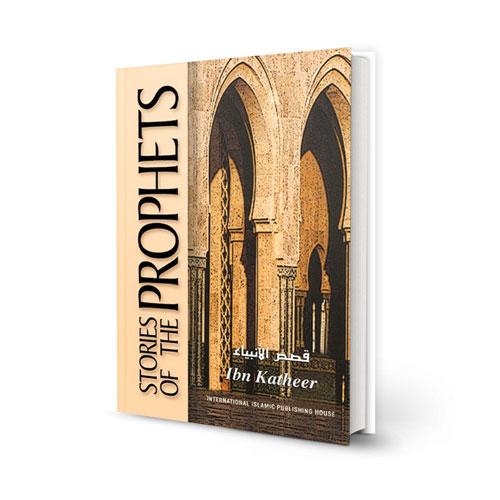 You're viewing: Stories of the Prophets $18.00
Add to cart