I Became a Muslim

The first question usually posed to a newly-converted Muslim is: “why?” This book has been written by a revert-to-Islam to answer this question. Her distinctive story details her journey towards Islam along with what she found in her new religion and what she left behind.

The first question usually posed to a new Muslim convert — especially a woman — is: Why? Why would you leave the religion of your family to embrace Islam? I Became a Muslim was written to answer this question. Beginning with her early childhood memories in England, Aysha Parry, explains how she became confused and then disillusioned by her Christian religion. After travelling around the world in a spiritual quest, during which she discovered different cultures and witnessed unusual religious practices, the powerful ‘call to prayer’ captured her heart, inviting her to embrace Islam. Her final and brave decision was to put Allah, love and family at the heart of her new religious lifestyle in the place she now calls home: Egypt. Her distinctive story explains exactly what she found in Islam and what she left behind. The candid discussions of the challenges she faced before and after Islam may occasionally include statements that are not entirely in accordance with Islamic creed, but they reflect her unique experiences and ongoing process of learning. I Became a Muslim will inspire those who are considering converting to Islam as well as those who simply want to better understand this religion. 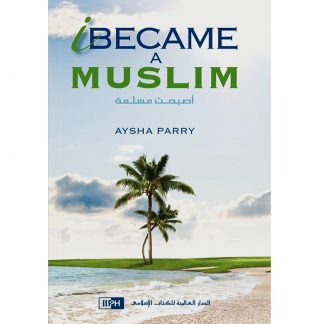